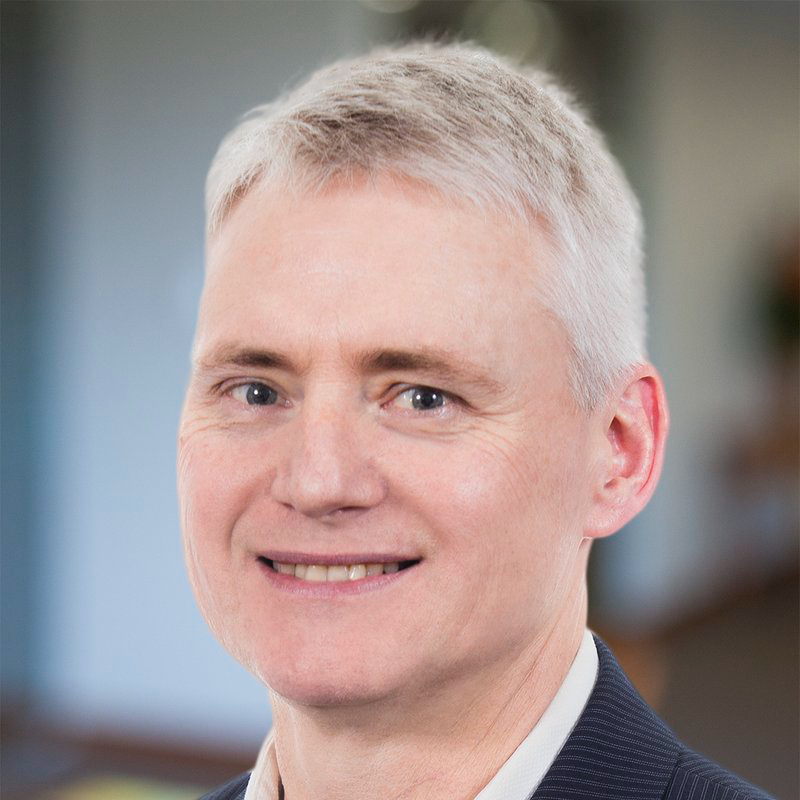 I was really shocked and saddened to hear the tragic news this morning that Rob Stroud passed away.

Each morning, I usually spend a few minutes on Twitter looking for news around the keywords that I track.  Rob was a constant source of key DevOps news, research, and insights to read and share. However, yesterday morning, Twitter delivered this shocking news about the tragic loss of Rob, a friend, mentor and a well-known DevOps thought leader at a young age of 55. 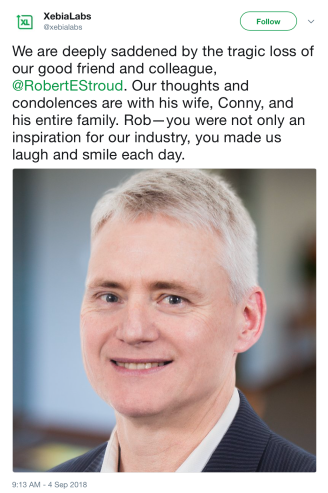 I have known Rob, who was Chief Product Officer at XebiaLabs, for many years. We worked together at CA Technologies where he was Vice President of Strategy and Innovation. He later joined Forrester Research as Principal Analyst focusing on DevOps and Continuous Delivery. At Forrester, he conducted extensive research, presented at numerous events and DevOps and Continuous Delivery topics—positioning him as one of the top DevOps thought leaders in the industry. I did multiple briefings to him as an analyst and had many discussions with him on topics around DevOps, Release Automation, Continuous Delivery, Continuous Testing etc.. Each discussion was memorable and valuable.

I still remember meeting with him at the Jenkins World event in San Francisco last year and talking about Tricentis. He shared his thoughts around how the company fit in the DevOps and test automation landscape and strongly encouraged me to consider Tricentis. That discussion was one of the key reasons I joined Tricentis in my current role.

We stayed connected over the last 12 months. I know he was truly excited about his current role at XebiaLabs—this was reflected in his personal messages as well as his public tweets, presentations, articles, and media interviews.

My last meeting with him was at Enterprise DevOps Summit (DOES) in London a couple of months ago. It was a brief meeting since he was extremely busy (XebiaLabs was the premier partner for the event). We talked about meeting later this year and catching up.

That meeting never happened and now he is gone forever. My thoughts and prayers are with his wife and the entire family. He will be missed not only by his family and colleagues at XebiaLabs but also by the entire DevOps community that he touched and influenced in many ways!